The aim of our conservation treatment of this significant mural was to prepare it for display in the exhibit ‘Mapping Another LA: The Chicano Art Movement’ at the Fowler Museum at UCLA, one of the citywide series of exhibits “Pacific Standard Time”. The mural was originally painted on the exterior façade of the Goez Art Studios and Gallery and The East LA School of Mexican American Fine Arts (TELASOMAFA) at 3757 East First Street, Los Angeles (1969-1981), and represents an important moment in the history of Chicano Art in Los Angeles.

The mural was originally painted using a commercial satin finish ‘enamel’ alkyd paint, but had been extensively repainted over the years with water-based acrylic paint and localized varnish in several campaigns of retouching. In 1981 it was taken down and put into storage, where it remained until the Spring of 2010. The panels were in a very deteriorated condition when conservation work began, notably exhibiting significant grime, staining, and dramatic flaking and loss of the paint layers. The panels were infested with termites, had numerous areas of splitting and loss to the plywood, and were badly warped.

Conservation treatment included surface cleaning of the panels to remove grime; stabilization of paint layers; and stabilization of the plywood support including reattachment of loose fragments and adhesion in areas of delamination. Custom shelving was designed to support the panels flat during conservation, allowing the plywood to relax substantially back into plane. All panels were given anoxia treatments to eliminate pests. In accordance with the wishes of the artist and museum curators, the repainting of the panels was left intact, reflecting the history of the mural and its age. Aesthetic reintegration of the panels was carried out to restore legibility of the mural and allow for its presentation in a museum context. 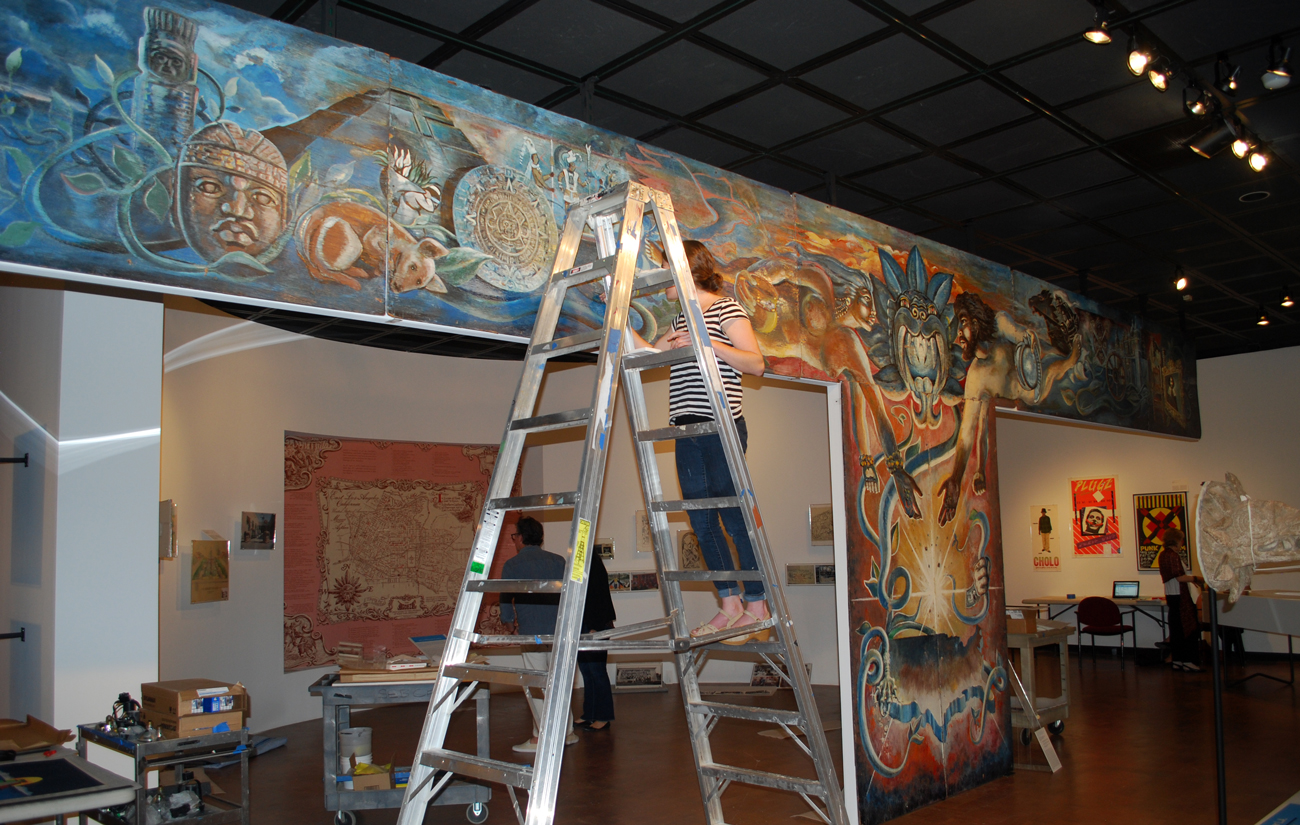 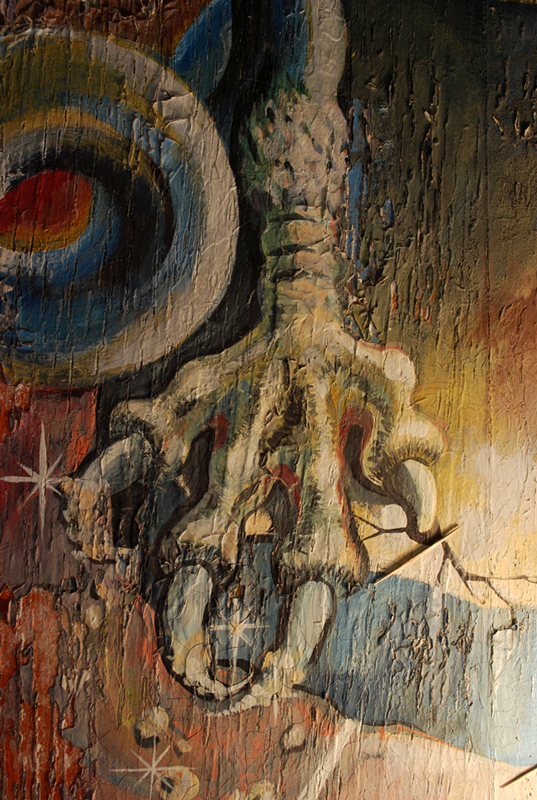 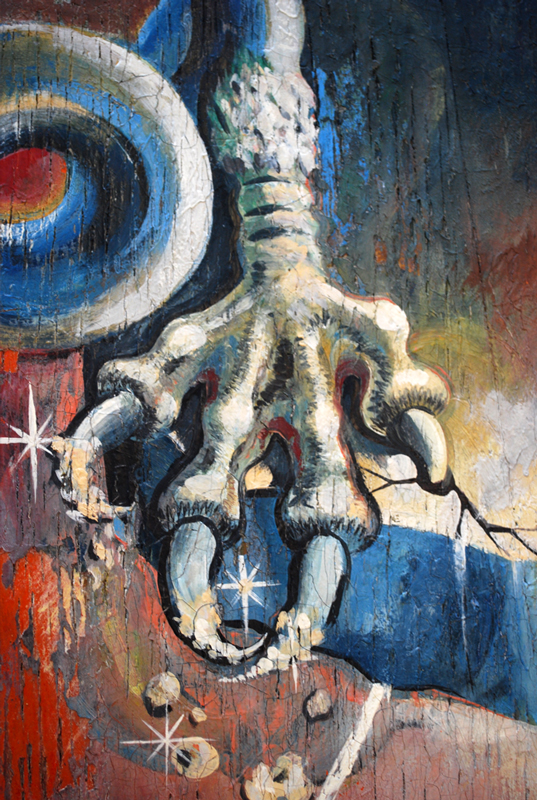 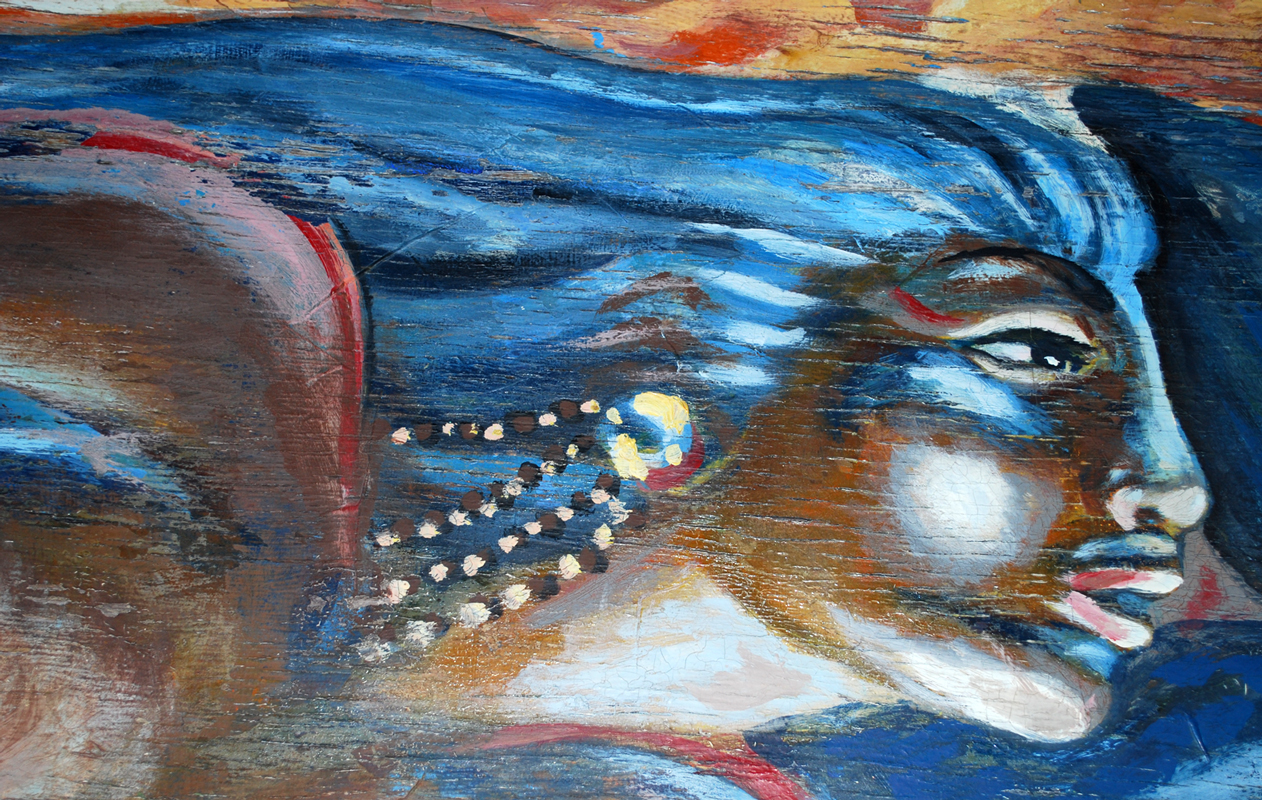 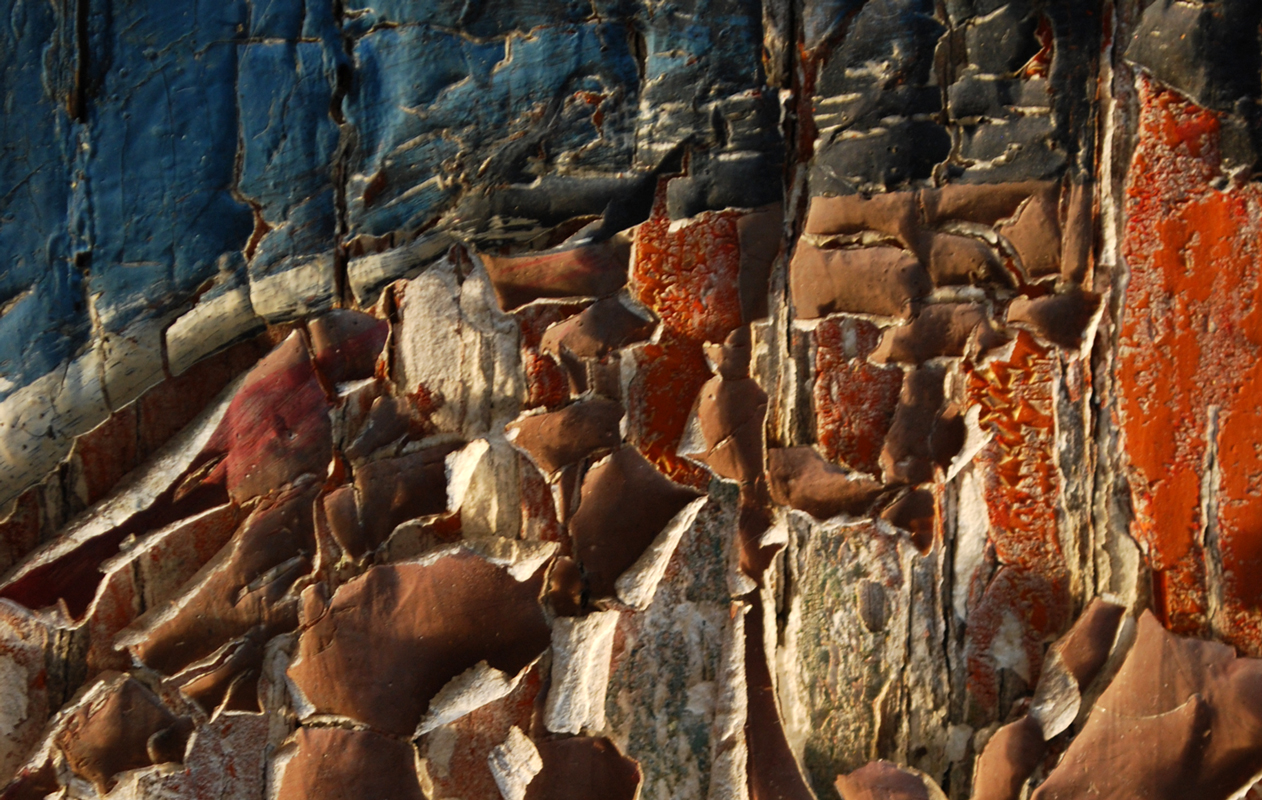 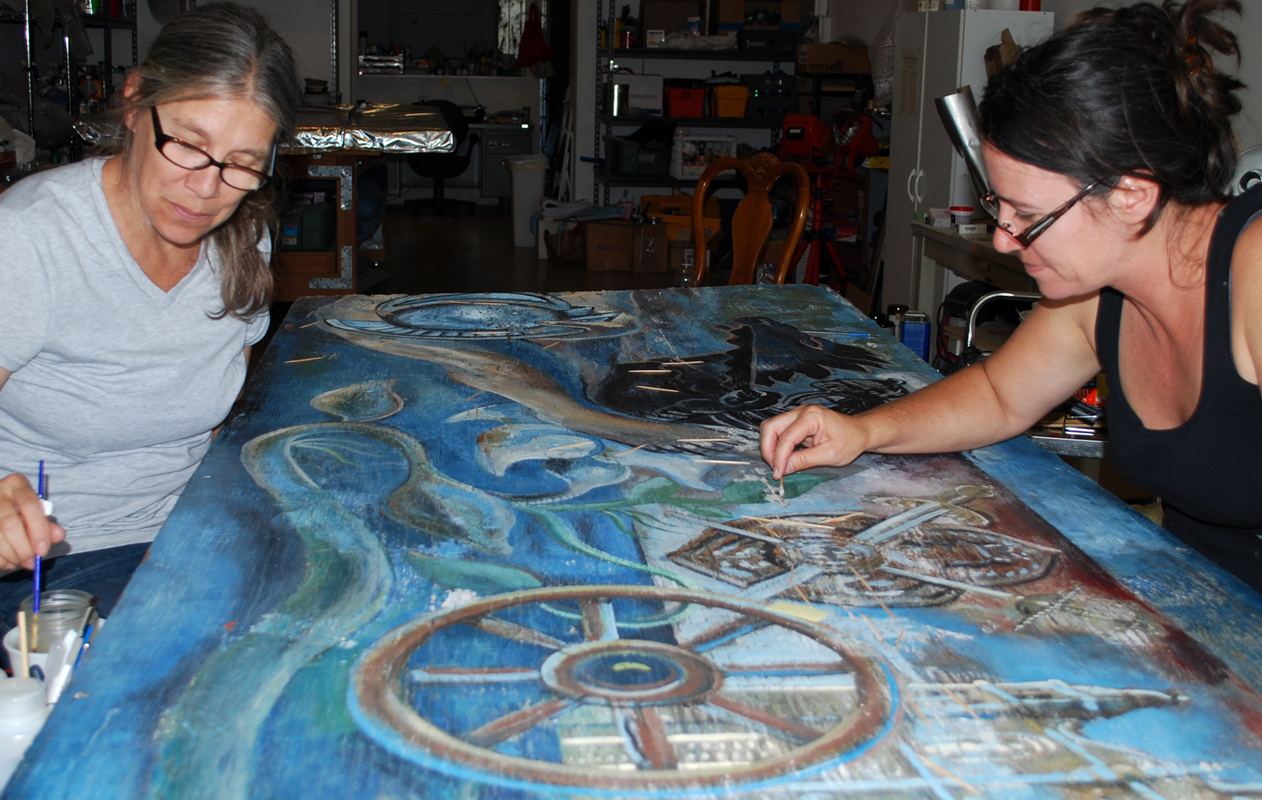 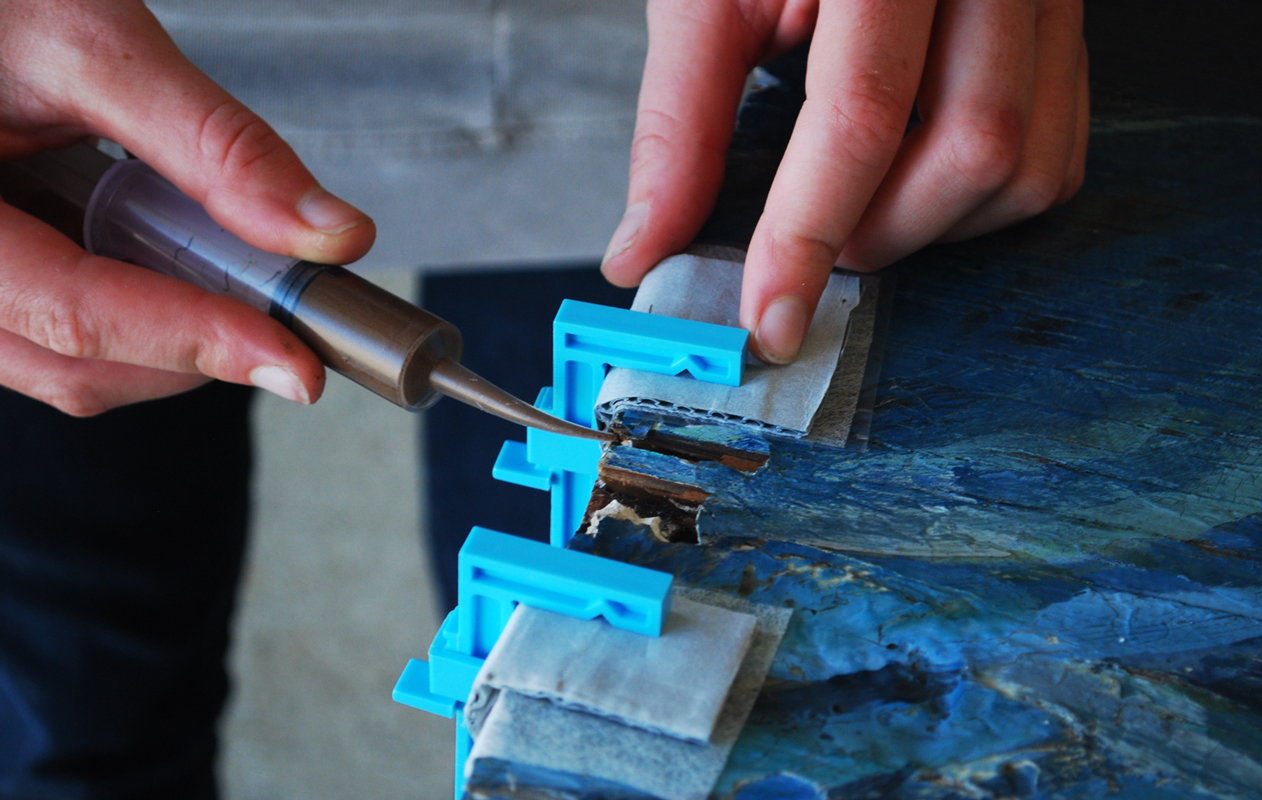