The Golden State Mutual Life Insurance Company Building, which dates from 1949, was designed by prominent African-American architect Paul Revere Williams in the Late Moderne style. The two Negro in California murals in the entrance lobby were commissioned by Mr. Williams, and are an integral feature of the building’s design. They are executed in oil on fabric marouflaged to plaster, and depict the African-American role in California history from 1781 to the construction of the Golden State Mutual Life Insurance Building in 1949.

In 2014-2015, the building underwent complete renovation, removing modifications that had been made since 1949 and preserving original features. In preparation for the renovation of the lobby and auditorium, our firm was tasked with designing a protective enclosure for the murals, to minimize any risk of damage to them during the work. Our protection incorporated a simple system for monitoring temperature and relative humidity conditions adjacent to the murals, providing continuous logging at hourly intervals over the year of protection. Data collected indicated the protective enclosure was effective in buffering the murals from external changes in temperature and humidity, alongside protecting them from the physical risks associated with the surrounding renovation work.

Although in many ways surviving in good condition, the lobby murals had numerous tears, scratches, and most notably, extensive areas of detachment of the support fabric, and lay under a heavy layer of black grime. Conservation treatment of the lobby murals included cleaning; injection of a compatible adhesive behind the fabric support to re-adhere it to the plaster; tear repair; and visual reintegration.

The Richard Wyatt Jr. mural in the adjoining auditorium was commissioned for the building in 1985. It is painted in oil directly on plaster, and depicts a monumental figure of an African-American businessman, with his briefcase, standing in frontal view before a decorative oriental screen. While also in generally good condition, the Wyatt mural exhibited cracking and flaking paint, and cracks and losses to the plaster substrate associated with points of failure in the structure of the supporting wall. Conservation of the mural included cleaning; stabilization of flaking paint and plaster; and visual reintegration. This mural was also enclosed and monitored by our firm during the renovation of the auditorium. 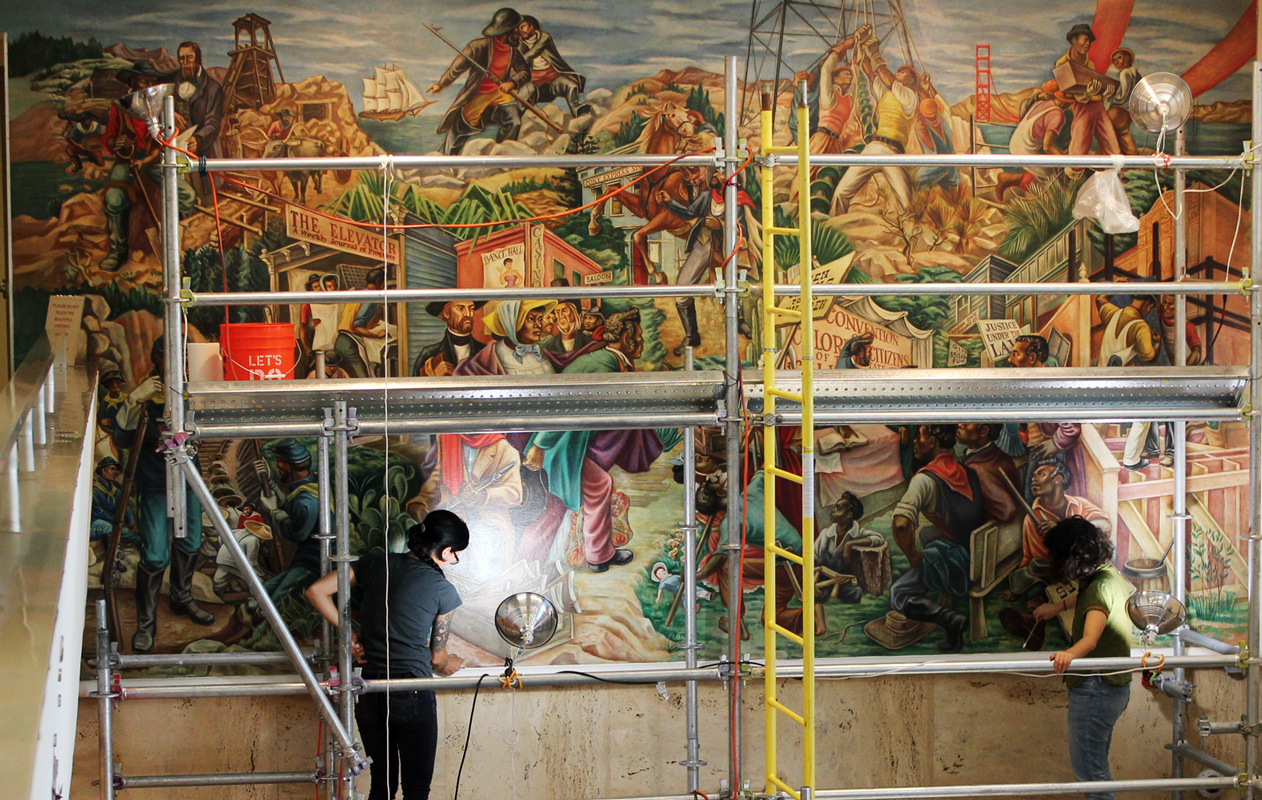 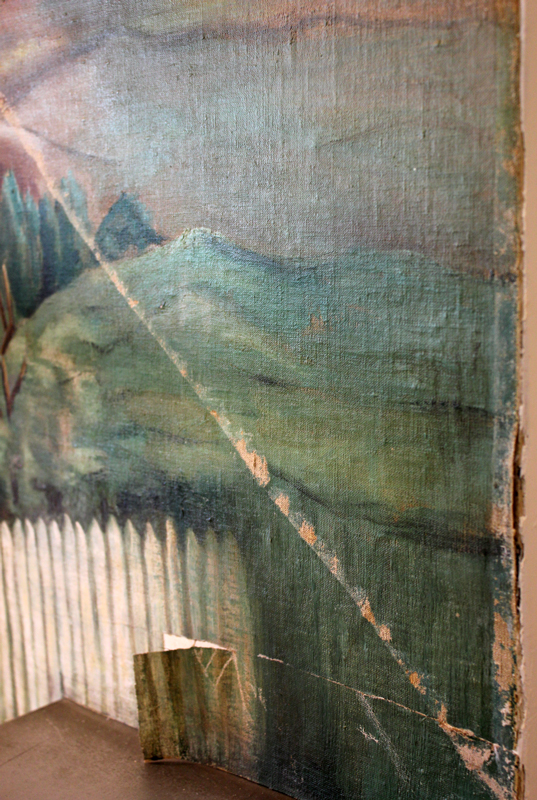 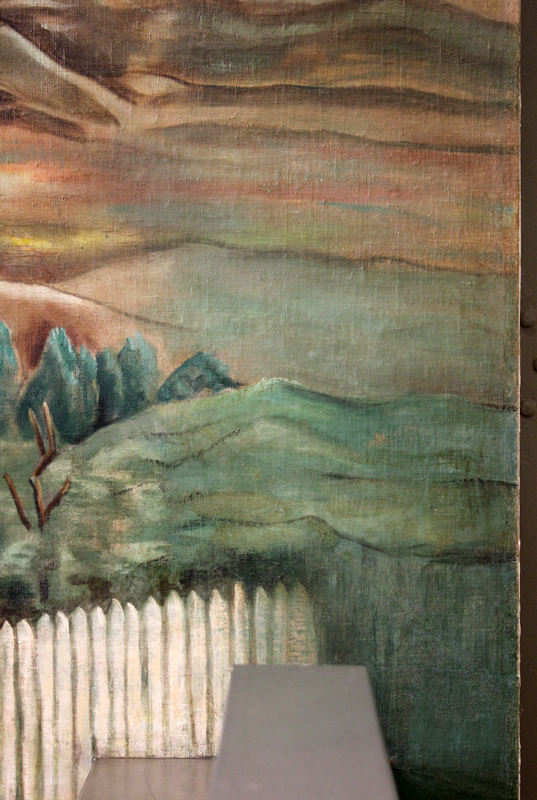 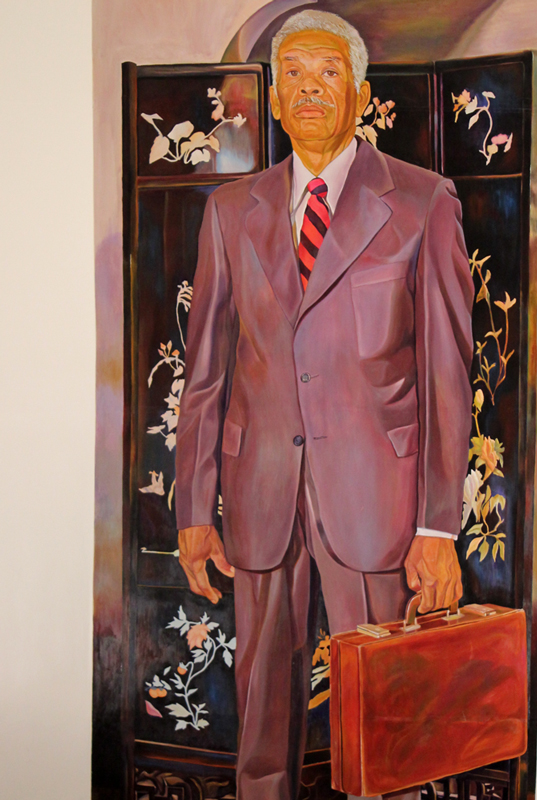 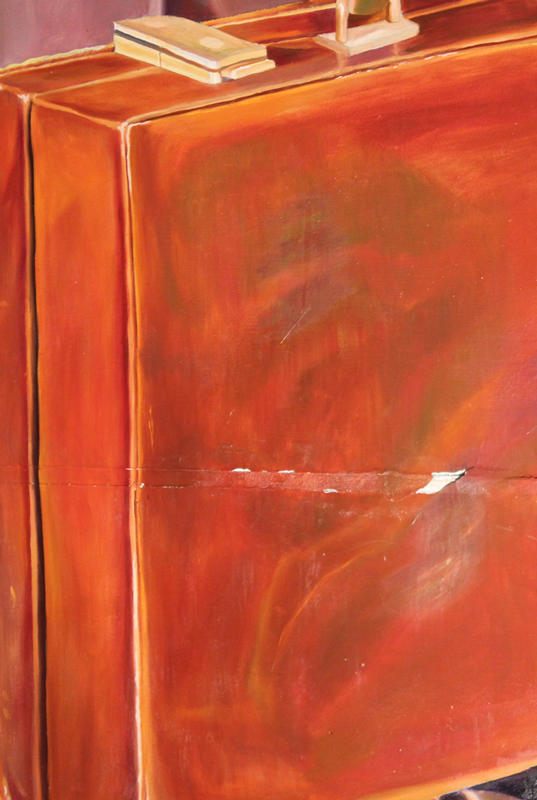 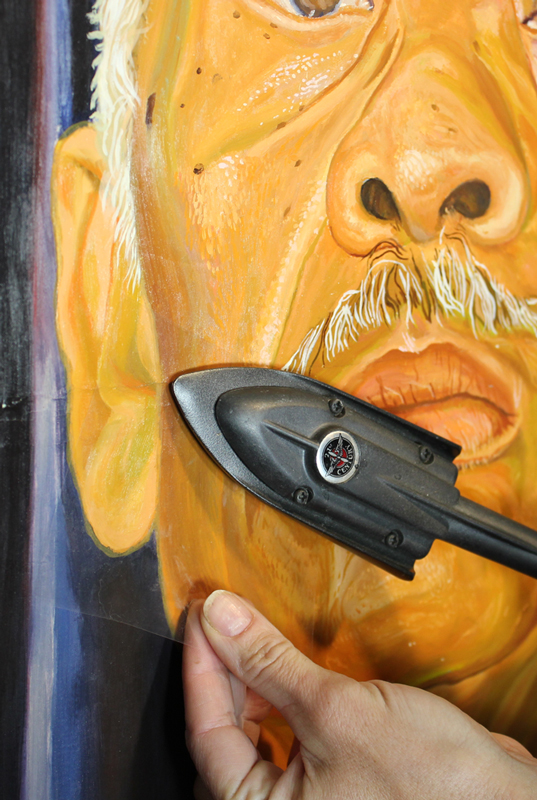 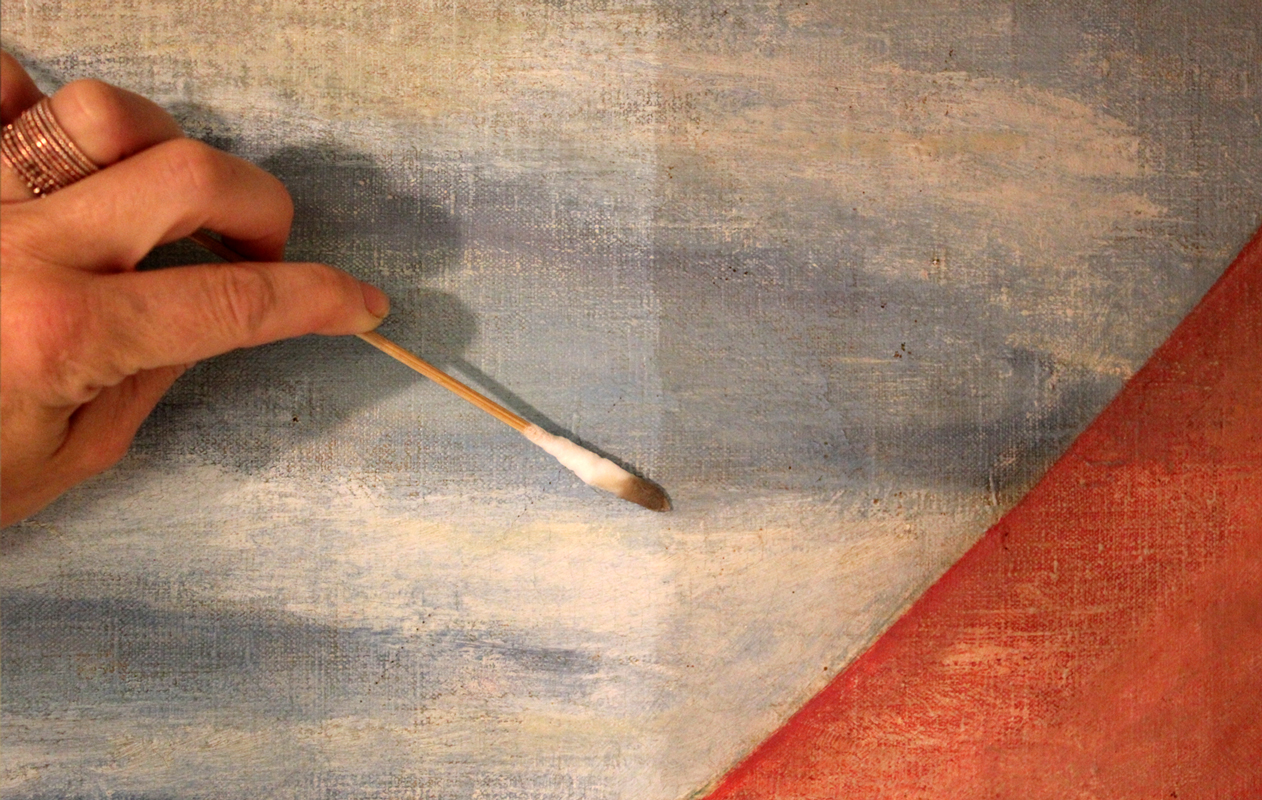